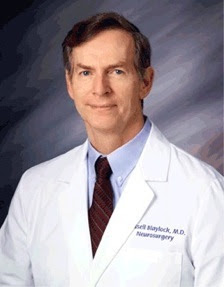 WARNING – this article is for advanced readers only. Please read part 1 before you proceed.

Vaccination (the inflammation it causes) has been clinically proven to increase the chances of autism and schizophrenia between 700% and 1400%.

Dr. Blaylock also goes on to state that no studies have ever been done on how vaccines affect the pregnancy itself or fetal deformities but with the Gardasil Vaccine…..it was also encouraged to pregnant women by government authorities and that ended with many women having large numbers of spontaneous abortions directly after the vaccinations and deformed babies on delivery in the vaccinated women……….so medical experts only then called of recommending Gardasil for pregnant women…………but only after the disaster was in full play.

So why is the Eastern Ontario Health Unit recommending healthy pregnant women get the shot on every piece of promotional literature they have when the most qualified medical authority on brain damage in North America has already warned people to not get the H1N1 vaccination?

In a room full of doctors no one would ever dare engage Dr. Blaylock in an argument concerning vaccine safety because not only does he know too much, he does not even work………all he does is research the subject of brain damage from toxins…..he stopped conducting brain surgeries because so many people had brain damage from toxins that he considered trying to fix brain damage after the fact completely futile………..Dr. Blaylock has the hard science to back up exactly what he is saying about how vaccines damage the brain and nervous system.

Why does Dr. Blaylock have medical study after medical study proving vaccines cause permanent brain damage, seizures, schizophrenia and neuro-behavioral problems from the top research scientists in the world yet The Eastern Ontario Health Unit lists no studies what so ever proving vaccines are safe and only lists pages like this on their website?

Why would The Eastern Ontario Health Unit recommend sick children receive Tamilfu when Health Canada issued a fatal Health Warning regarding Tamiflu in 2005? Out of 84 Canadians who reported adverse reactions after taking Tamilfu……..10 died. You have a 0.00005% chance of dying from the flu but if you take Tamilfu your chance of death is potentially 11%. Makes sense right?

Dr. Blaylock explains that women who are vaccinated during pregnancy have a 1 in 50 chance of giving birth to a child with autism or schizophrenia. The same women only have a 1 in 300,000 chance of being admitted to hospital from complications related to getting the flu.

So why the decision to vaccinate all pregnant women and include them as a target group………the first to get vaccinated……the group most susceptible to fear………the group most manipulated by the conventional male dominated medical system throughout the ages…….the group that holds the future of our society in their wombs………and when all the hard science states that they are most at risk for being injured by any chemicals…….let alone chemicals injected right into their bodies.

Should North American license plates come with a standard greeting, “A land where fantasy is king and reality is scoffed at“.

Do you really believe chemicals are good for your health and that mercury and all these other chemicals in vaccines will somehow protect or make a unborn child more healthy?

Does admitting the truth mean you are a bad person or a bad parent for giving yourself or your kids vaccines already when you later discover they are unhealthy. No, not at all. My parents vaccinated me and I have told them I forgive them because they did not know. If I found out they did know both sides of the story and still vaccinated me, I would not be so understanding.

It would be a crying shame to actually know and still keep vaccinating. That is the whole point. At least be able to tell yourself, your family and your kids that you made the decesion based on knowledge and not fear….and not just from a web page like this.

Take the time to watch this entire interview with Dr. Blaylock and get the other side of the story.

Do you think you can look someone in the eyes after vaccine injury occurs and tell them you could not spare the time to watch this interview with Dr. Blaylock to get both sides of the story. This is the other side of the story the people selling the vaccines have been keeping from you for decades. The reasons they want to hide the news will be obvious.

It is also easy to notice that when someone dies from something that is not even confirmed as being from the H1N1 virus that the Canadian Health Authorities jump into action right away, calling an immediate press conference to say, “pay attention over here ….we will tell you when to be concerned about a death and when not to be…..”

Who thinks this makes any sense and why do people think they have to play a game of Russian Roulette to acquire health? When is the last time your grand mother made homemade soup that could make you healthy but could also kill you? If such a medical soup did exist would a parent take the child and stand 2 hours in a line up to make sure their children got their fair share of the potentially fatal soup?

It was never about the H1N1 vaccine. It is about following blindly. Many people have had the act of thinking independently surgically removed from them. 1 vaccine or 10 vaccines……..some groups will be there in line regardless, responding to the call.

They are called the target groups. An interesting title indeed.

The idea that you need to become unhealthy first in order to acquire true health sometime in the future is just not logical or rational.

If you want to listen to one interview t
hat will tell you absolutely everything that is scientifically proven to occur during or after vaccinations you need to sit down and take the time to watch Dr. Blaylock completely dismantle even the smallest hint that vaccines are safe for anyone, of any age and with any medical condition.

I have met some parents who say they have no time to watch this short interview with Dr. Russell Blaylock but they had the time to take 3 hours out of their day to stand in line for the flu shot.

At least watch this interview first and then decide.